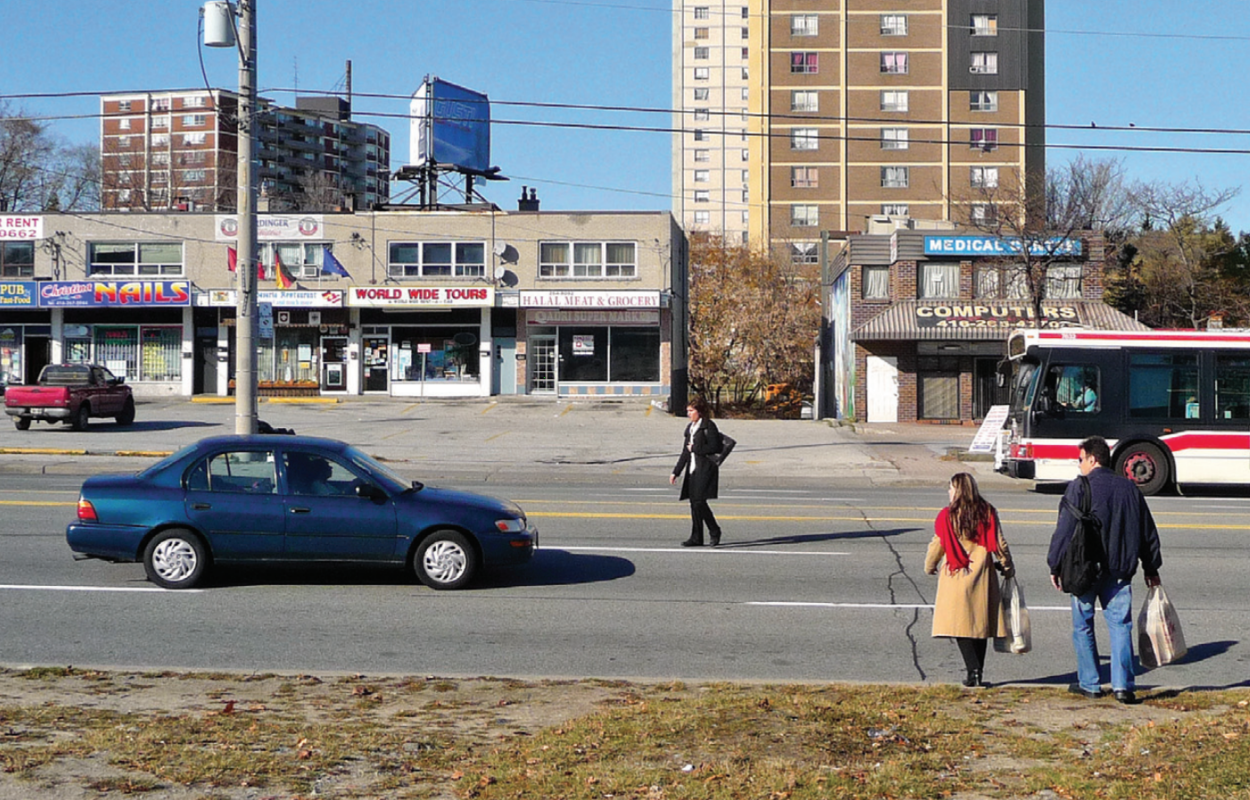 The Centre for Active Transportation (TCAT) Director Nancy Smith Lea made a deputation in support of the plan to Toronto’s Infrastructure and Environment Committee, as did TCAT’s #BuildTheVisionTO community road safety partners. We were encouraged to see several of our campaign recommendations move forward including reducing speeds, road design improvements, and safer crossings at TTC stops.

One of Council’s amendments to the new plan directs staff to use a complete streets approach at the outset of all road reconstruction projects to incorporate safety improvements. The motion is as follows:

As TCAT’s Yvonne Verlinden posed last year, Complete Streets and Vision Zero share a common focus on road safety, and combining the two is a powerful strategy that we hope will result in profoundly safer streets.

In addition to the Vision Zero 2.0 – Road Safety Update, Toronto’s Cycling Network Plan was also adopted with amendments by Council. As part of the updated Plan, Council passed a motion that the Danforth Avenue Planning and Complete Streets Study be accelerated, to be completed by June 2021. Council also directed the completion of a pilot project be designed by 2020 to inform the Study, including detailed design for eastbound and westbound cycle tracks on Danforth Avenue East from Coxwell Avenue to Dawes Road.

City Council also passed a motion for the creation of a working group of stakeholders to consider complete street options for University Avenue, including bike lanes. This important north-south artery has been identified as having a high potential for cycling demand. Potential cycling demand is determined using origin and destination trip data for vehicle and public transit trips of five kilometers or less, a range considered to be feasibly completed by bike given the proper facilities.