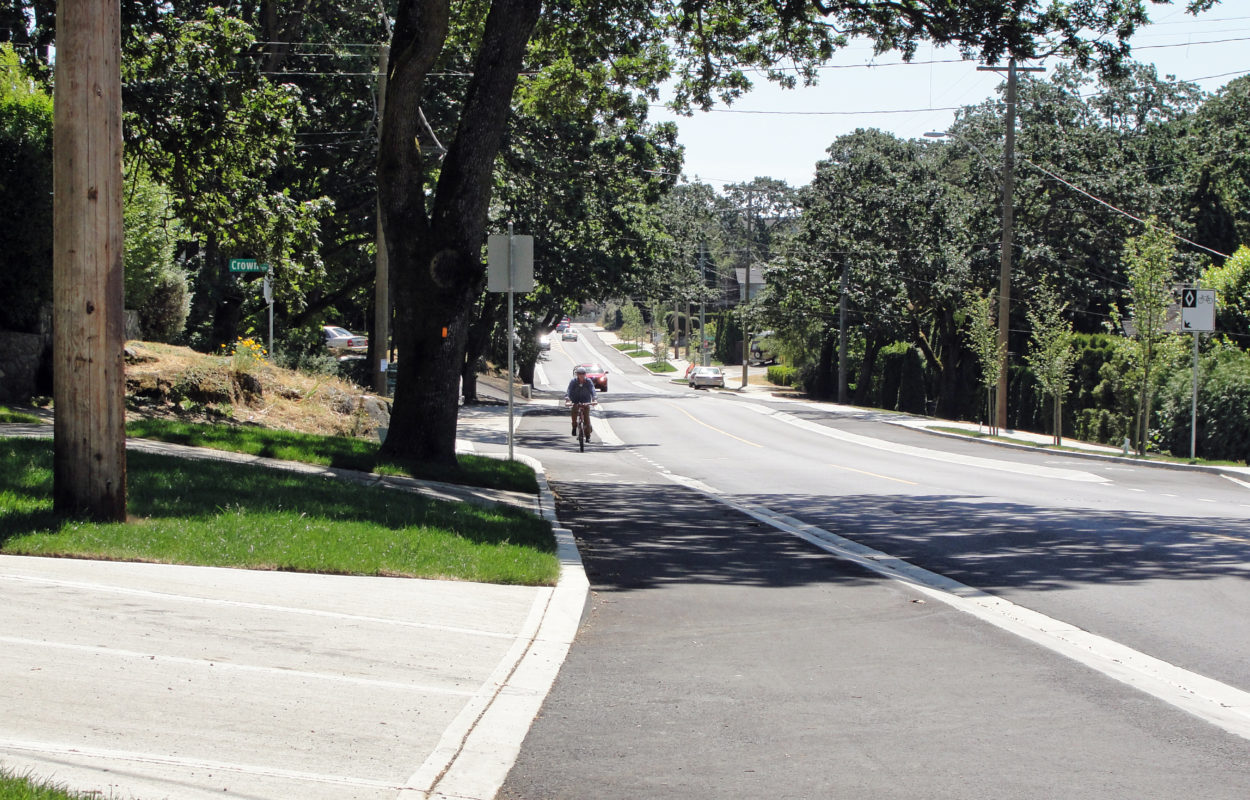 Construction for the first street in the District of Saanich (BC) to undergo redesign under Complete Streets has been completed and opened to the public as of May 2015. This project has been underway since 2012 (click here for 2012 blog post).

900 meters of Cook Street has been upgraded to “reduce GHG emissions, improve stormwater quality, increase safety for all commuters and provide an inviting environment for residents,” according to Saanich’s recent news release. Construction for this 5.6 million dollar project began in August 2014 as a project under the neighbourhood’s Quadra Local Area Plan. Cook Street’s renovations reflect this community plan’s vision to create vibrant, inclusive, and safe neighbourhoods for drivers, pedestrians, and cyclists in the area.

The second of three complete street projects in Saanich is the portion of Tillium Road between Carey Road and the Trans Canada Highway. The completion of this second project will improve the connection to the Galloping Goose Trail, a major regional trail network.

Read the full news release by following this link.