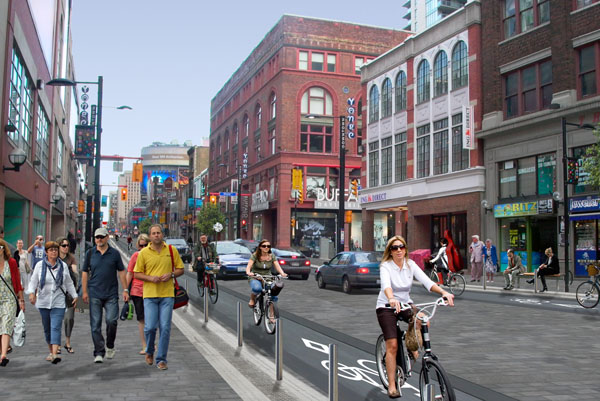 Applying established design principles to urban and suburban Toronto streets moves the concept of safe and comfortable streets for all road users from an abstract goal to reality with visually compelling before and after street sections and photo collages.

By definition, there is no single way to “complete a street.” The design approach was inspired by Toronto precedents, maintained existing roadway widths and curbs, and was cost-effective. While public input influenced the final product, there are many alternative designs that would also accommodate road users of all ages and abilities. With funding from the Toronto Community Foundation, this tool is intended generate conversation about Complete Streets in Toronto and beyond.

TCAT printed 500 copies of the resource that we will mail out for a small fee and it is also now available online.