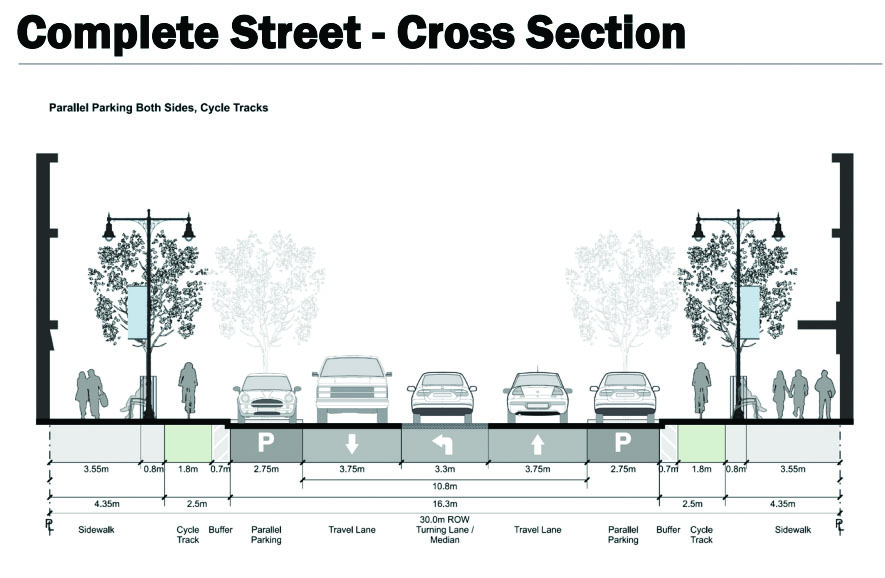 Although the consultant for the project had recommended redesigning the street as a Complete Street, the previous Council voted in February 2018 in favour of a different option which would see the street maintain its angle parking and leave no room for more significant changes. The current council re-opened the discussion and in January 2019, they voted instead for a Complete Street. Angle parking will be replaced with a similar number of parallel parking spots to make way for wider sidewalks and separated bike lanes.

The debate to arrive at this decision has been described as “long and arduous,” but the final vote was 6-1 in favour. Share the Road Cycling Coalition’s Jamie Stuckless gave a presentation explaining Complete Streets and their benefits, while The Centre for Active Transportation’s Director Nancy Smith Lea provided a letter in support of a Complete Streets approach.

Bike lanes along main streets remain rare in Ontario, and many other small towns will be looking to learn from Smiths Falls’ example.