Applying established design principles to urban and suburban Toronto streets moves the concept of safe and comfortable streets for all road users from an abstract goal to imaginable reality. By providing visually compelling before and after street sections and photo collages, this tool is intended to be useful for professionals and the general public alike as well as generate conversation about Complete Streets in Toronto.

Below is an example of Danforth Avenue at Logan Avenue, reimagined as a Complete Street: 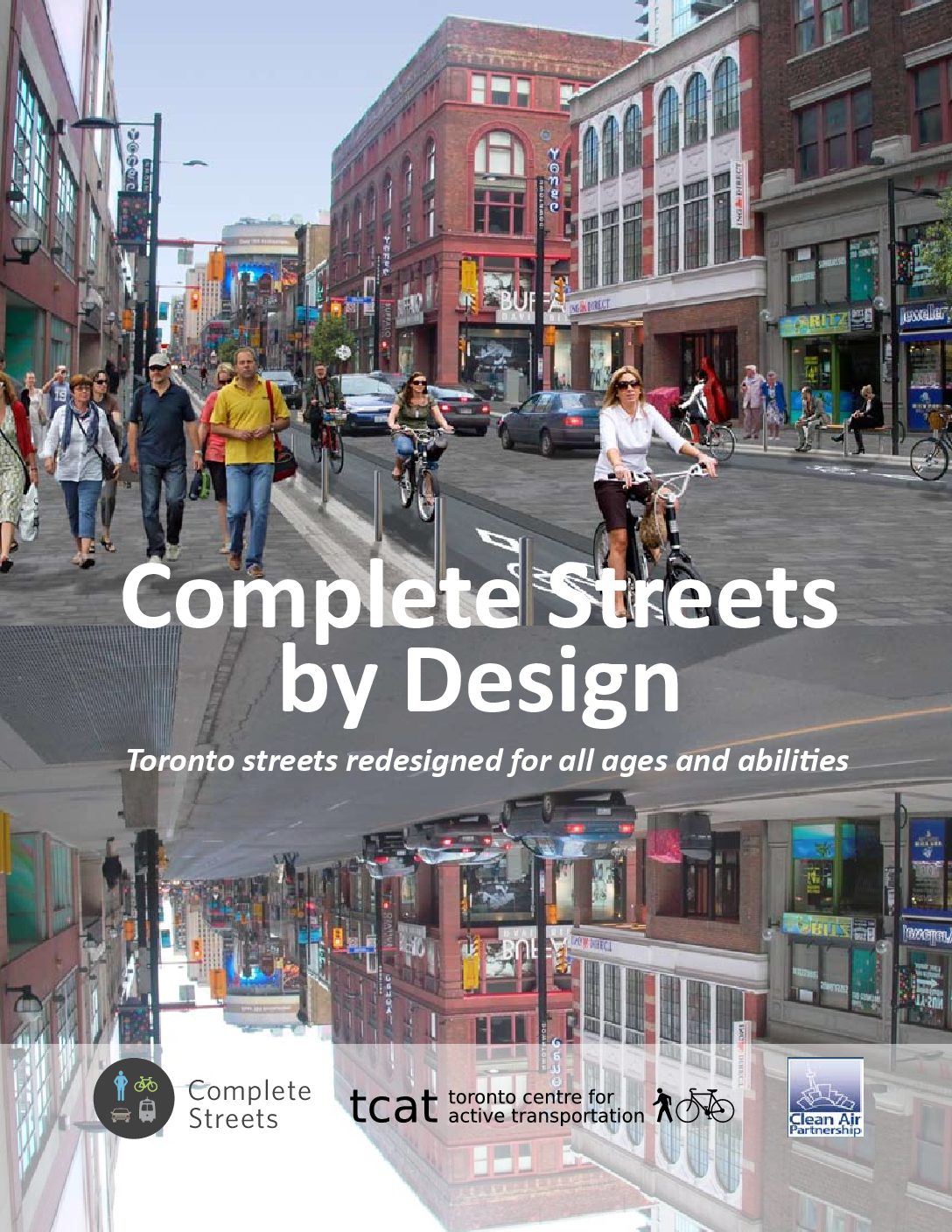