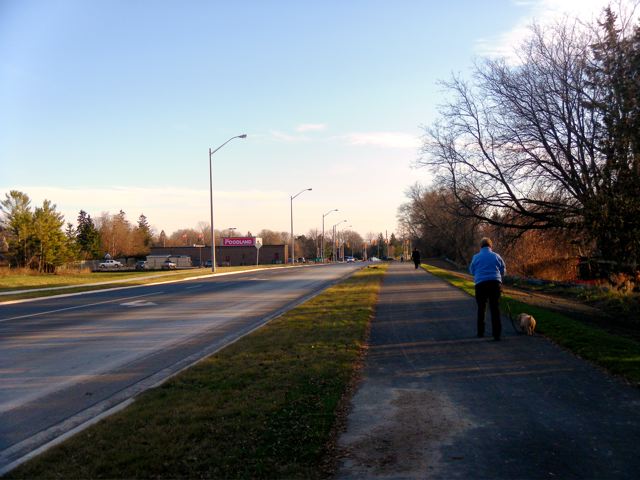 The City of Peterborough officially released their Comprehensive Transportation Plan (CTP) in August 2012. The CTP recommends that the City adopt an official Complete Streets policy to ensure that the transportation network considers all users of all ages and abilities. To help showcase the transformative powers of Complete Streets, the City plans to retrofit a downtown section of George Street to be more accommodating to all users. Furthermore, the City adopted a policy in 2002, known as the Sidewalk Policy, to ensure that sidewalks will be provided on both sides of all new and redeveloped streets. The supportive Sidewalk Strategic Plan, adopted in 2008, ranks all missing sidewalks in the City and has directed the construction of 18.5 km of new sidewalks to date.  The Sidewalk Policy and Sidewalk Strategic Plan have helped build greater community support for a city-wide Complete Streets policy.