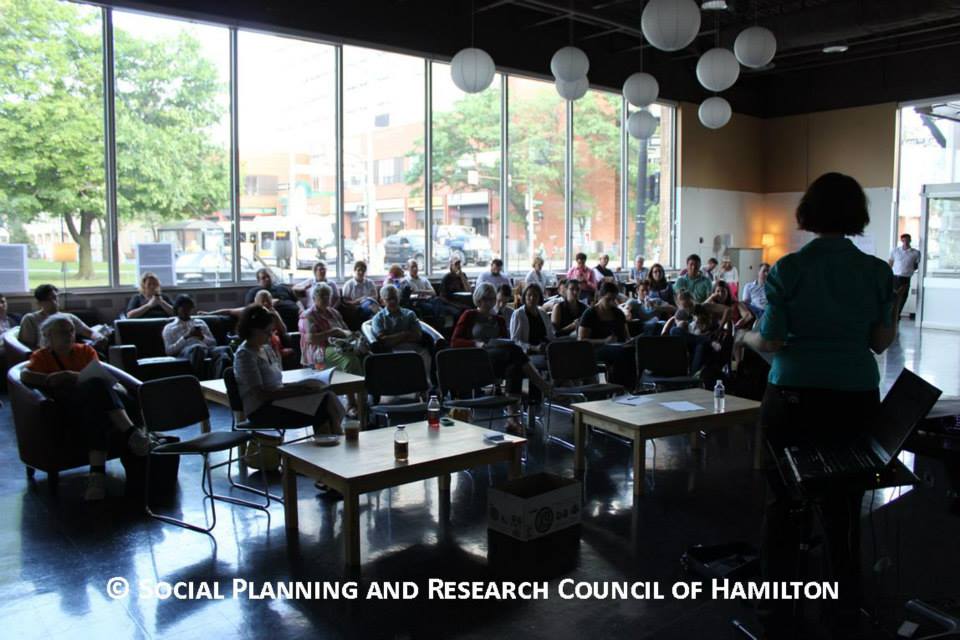 Momentum is growing in Hamilton towards a Complete Streets policy.

Among many other initiatives supporting Complete Streets in Hamilton, the City held a Complete Streets summit for staff and stakeholders in 2012 and in February 2013 the City adopted a transit strategy, Rapid Ready: Enhancing Mobility Choices for Hamilton, which included Complete Streets policy, guidelines and demonstration project in its workplan.

Currently, the Social Planning and Research Council of Hamilton (SPRC) is leading a group of stakeholders in a grassroots policy development process to advocate for a robust Complete Streets policy to be adopted by the city.  The young professionals network of the Hamilton Chamber of Commerce has recently added to the momentum by organizing a day-long workshop.

The SPRC is bringing an equity perspective to the Complete Streets public discussion to ensure that a policy will contribute to reducing the social, health and economic disparities between Hamilton’s neighbourhoods. The draft policy contains the 10 policy elements, and is adapted from polices from over a dozen North American jurisdictions. In June 2013, the SPRC hosted a Complete Streets policy development event, where the draft policy was presented and the most positive feedback was about the equity elements in the proposed text.

The draft Complete Streets for Hamilton policy will be presented to City Council in September where they will ask for it to be sent to staff for review and consideration as they develop a policy to bring to Council later this year.