Between the summers of 2017 and 2018, the Ville de Trois-Rivières implemented a redevelopment project on Saint-Maurice Street between Sainte-Madeleine Boulevard and the Chemin des Sources. 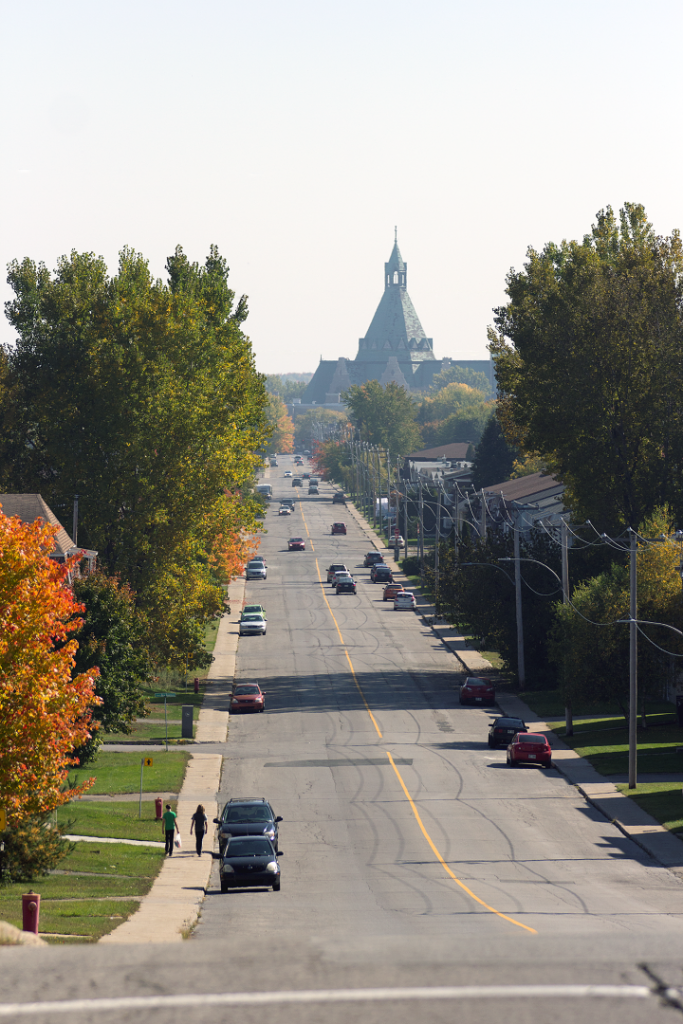 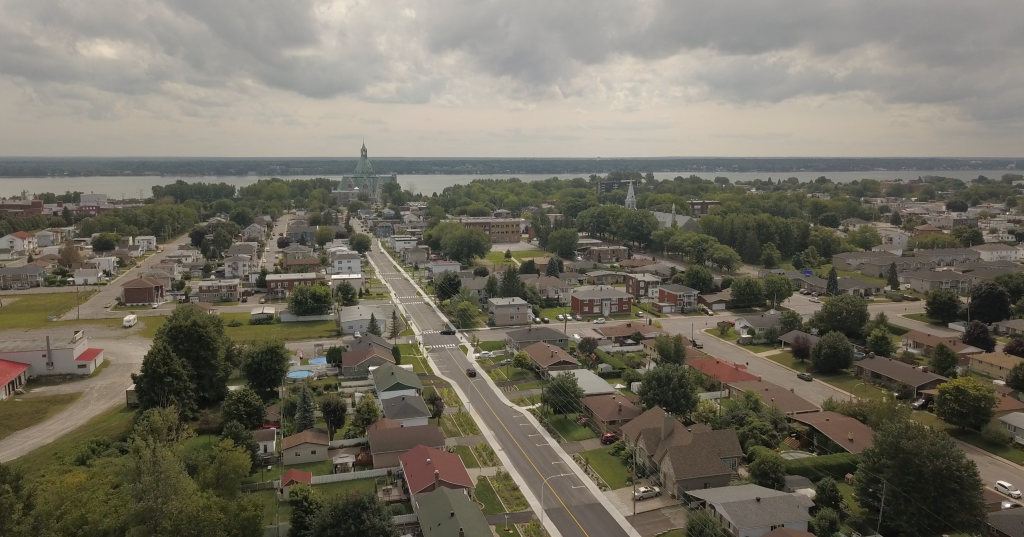 Between the summers of 2017 and 2018, the Ville de Trois-Rivières implemented a redevelopment project on Saint-Maurice Street between Sainte-Madeleine Boulevard and the Chemin des Sources. The project was designed to test innovative new modes of managing rainwater and of landscaping aligned with sustainable development and adaptation to climate change. This pilot project is part of the first municipal climate change adaptation plan to be developed in Québec. The city also recently committed to fostering pedestrian safety by preparing a reflective study on the subject comprising 10 points of focus.

Traffic calming
Creating alternating parking spaces on one side of the street and narrowing the roadway helped slow traffic. Speed readings taken before and after completion of the work revealed a measurable reduction in traffic speeds.

Landscaping and furniture
The planting of 136 trees, 18,000 perennial plants and a thousand shrubs was aimed at reducing heat islands and beautifying the street, as well as at helping rainwater get absorbed into the ground. The city’s feasibility study projected a decrease in the amount of rainwater sent to the sewage system.

Participatory process
Two public consultations were organized for the sector’s citizens. These helped to orient and improve the project, allowing the problems identified by citizens to be corrected. These consultations also invited citizens to exchange ideas and perceptions regarding the project. Several sceptics were thus brought on board with the idea of creating a living space that is safer and more respectful of the environment.

Challenge encountered: water management
The city’s multidisciplinary team was assisted by partners from the Université de Montréal, from Polytechnique Montréal and from Ouranos – a Consortium on Regional Climatology and Adaptation to Climate Change. In the context of the Saint-Maurice Street redevelopment project, 54 bioretention islands covering more than 3600 m2 were created. These islands are composed of a substrate especially designed to allow rainwater to slowly seep into the ground. The city has made available explanatory documents and a video that describe the new facilities and raise citizens’ awareness concerning optimal methods of managing rainwater.

Key element: recognition award
The Ville de Trois-Rivières is the winner of the 2019 Mérite Ovation municipale award in the category of “Aménagement et développement durable” (planning and sustainable development) for the Saint-Maurice Street project. In addition, the Association des ingénieurs municipaux du Québec awarded the 2018 Génie-Méritas prize to engineers Alexis Petridis and Nathalie Houle of the Ville de Trois-Rivières.