The redevelopment of Lindsay Street in the Ville de Drummondville was carried out in two phases. The goal was to revitalize and showcase this distinctive commercial street. 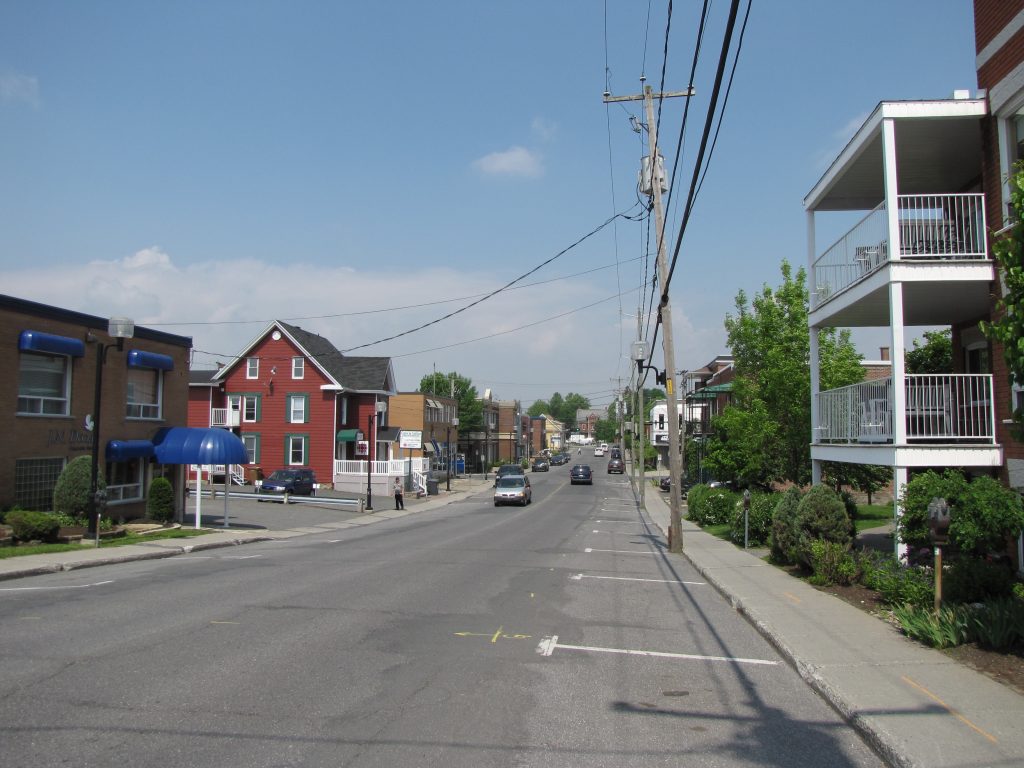 The redevelopment of Lindsay Street was carried out in two phases. The goal was to revitalize and showcase this distinctive commercial street where the Drummondville city hall is located, focusing on its distinguishing characteristics as identified in the Plan d’urbanisme à l’horizon 2015-2020, such as the quality of the architecture and the diverse aspects of its built environment. The city carried out an initial phase of redevelopment between Saint-Georges and Marchand streets between 2011 and 2012. It then carried out a second phase of redevelopment between the Canadian National (CN) train tracks and Saint-Jean Street between 2018 and 2019.

Pedestrian infrastructure
Pavement markings and paving stone were added at some intersections to better define pedestrian crossings. The widening and standardization of the sidewalks, and the creation of a vegetative strip enhanced the safety and comfort of pedestrians. Curb extensions were also installed at intersections.

Traffic calming
The narrowing of the roadway and the preservation of parking spaces on the street have helped calm traffic speeds.

Challenges encountered: underground infrastructure and social acceptability
Upgrading the infrastructure posed many challenges, including: the difficulties involved in positioning the existing underground infrastructure, the potential presence of archaeological remains and the maintenance of access to businesses. The city is also considering implementing a public consultation process, due to the local population’s lack of support  for redevelopment projects that encourage active transportation.