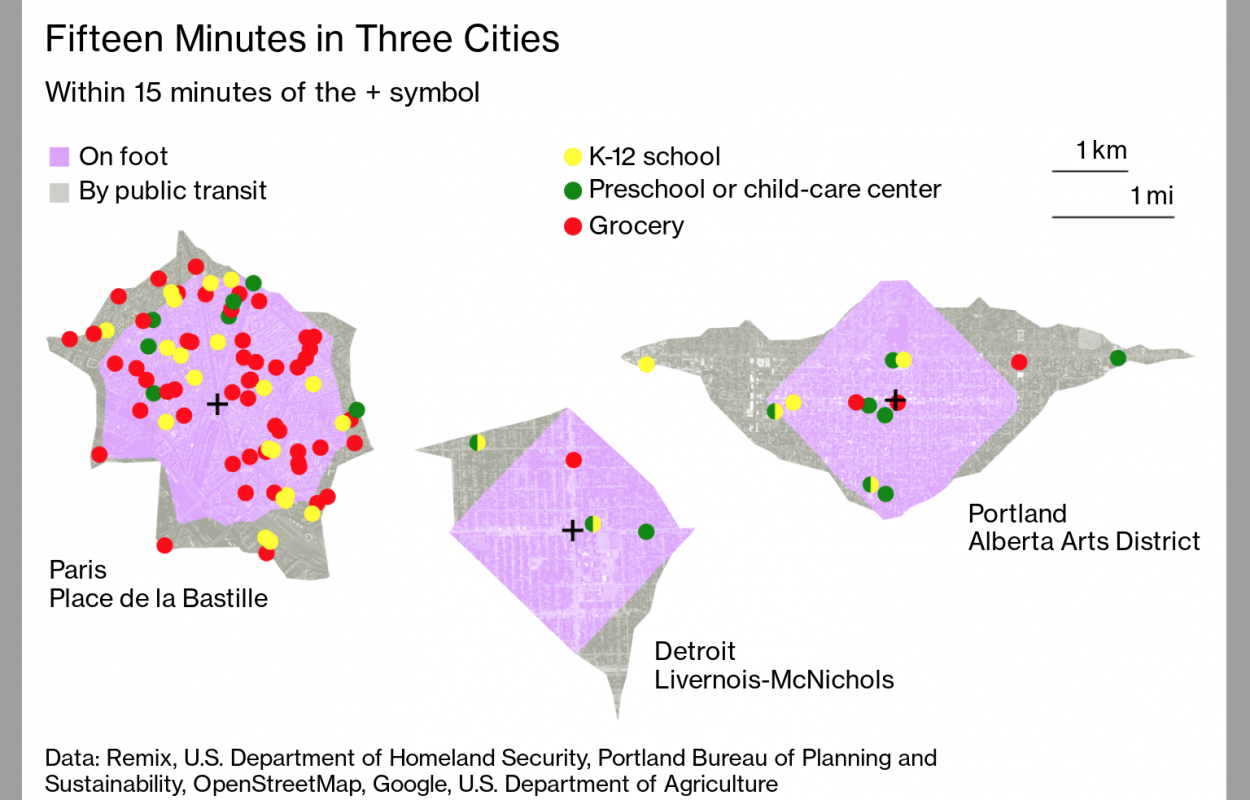 After decades of automobile-centric planning, cities around the world have begun to reimagine and redesign their streets to be safer and more inviting for everyone, not just thoroughfares for cars. In articulating this more human-centric vision for cities, several different approaches have emerged that coalesce around similar goals: streets that are safer, more inviting, more accessible, and healthier for pedestrians and cyclists.

Since 2010, The Centre for Active Transportation (TCAT) has championed Complete Streets as streets that are safe for everyone: people who walk, bicycle, take transit, or drive, and people of all ages and abilities.

The idea of the 15 Minute City is the latest urban trend becoming increasingly popular in cities around the globe. The 15 Minute City is not itself a new type of city, like the popular garden city movement in the early 20th century or the development of the suburbs in the 1940’s and 1950’s. Rather, the 15 Minute City is a collection of concepts already familiar in the urban planning realm packaged under an overarching idea of high density, mixed use, and walkable neighbourhoods.

The report covers the following topics: